Making Spline and arc from Polyline in AutoCAD

Making Spline and arc from Polyline in AutoCAD

You can convert geometry of spline to a polyline or an arc in AutoCAD with “Polyline Edit” or PEDIT command. This feature does not convert Polyline to spline or arc rather it gives them all the properties like anchor points and geometry keeping object type as Polyline.

In this article, I will show you how to do it using this sample geometry which is made with a polyline. 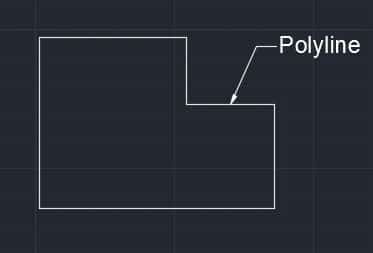 1 – A simple geometry made with Polyline

Now from command line select spline and press enter. This will make your Polyline look like a spline curve in such a way that vertices of original Polyline curve (shown with the green cross in image 3) will act as control vertices for the spline. The final geometry will look like image 3 shown below.

Although using this method you can change the geometry of a Polyline to a spline but it will still remain a 2D Polyline. When you hover the cursor over this “spline” or check the property then AutoCAD will show it as a 2D Polyline.

Double click on Polyline or use PEDIT to start Polyline edit then select Fit from options appearing on the command line.

The Fit option will convert your Polyline into series of tangentially connected arcs. Control points will be added to the geometry at the position where initially vertices of original polyline were present.

You can modify this new geometry using those control points or grips. In this case, also the Polyline will geometrically change to series of connected arcs but it will still remain a 2D Polyline.

Your final geometry will look like the one shown below. 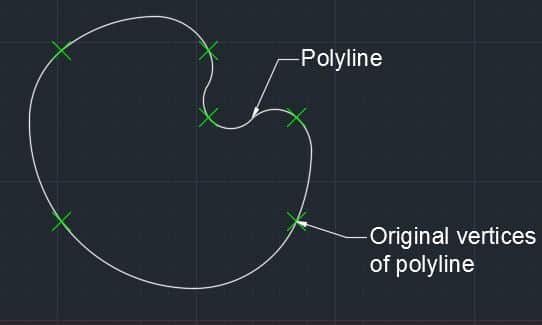 Do you have any questions related to this tip? Let us know in the comments below.